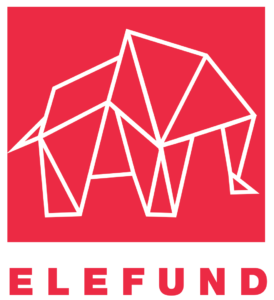 The African Development Bank (AfDB) has called for massive investment in infrastructure to drive inclusive growth in Africa. AfDB made the call in the presentation of Economic Outlook (AEO) 2018 to African Union Summit delegates in Addis Ababa, made available to the News Agency of Nigeria (NAN) on Saturday in Abuja. The Bank said the continent was still experiencing jobless growth in spite of increased Gross Domestic Product (GDP).

“As a leading African institution, the bank is the first to provide headline numbers on Africa’s macroeconomic performance and outlook.” It said African economies had been resilient to negative shocks, adding that poor infrastructure was a serious impediment to inclusive growth. The bank said the African Union Commission (AUC) report urged African countries to adopt recommendations from the summit.

Chief Economist and Vice-President for Economic Governance and Knowledge Management of the banks, Célestin Monga said the report was presented in January to give policymakers enough time to reflect on the recommendations for economic planning and transformation. The outlook quoted Monga saying the bank would be translating the report into key African languages and engaging with policymakers and civil society organisation’s to ensure its operationalisations.

Beyond the observed increase in GDP, Monga called for structural change in Africa. The outlook stated that Commissioner for Infrastructure and Energy at the African Union Commission, Amani Abou-Zeid, described the report as highly relevant and useful for governments and other stakeholders.

Abou-Zeid said AEO puts average real GDP growth in Africa at 3.6 per cent in 2017, a good recovery from the 2.2 per cent recorded in 2016. He said the 2017 figure was projected to grow by 4.1 per cent a year in 2018 and 2019. Monga said that growth was driven by improved global economic conditions, better macroeconomic management, recovery in commodity prices mainly oil and metals, sustained domestic demand and improvements in agriculture production. He however said “Africa is still experiencing jobless growth due largely to limited structural change.’’ He added that consequently, sustained high growth had not had substantial impact on job creation.

Monga quoted the report, saying “about two thirds of countries in Africa have experienced growth acceleration. “Basically, a growth acceleration period is one in which the average growth rate of GDP per capita over a period of eight years is at least 3.5 per cent per annum,” the report notes.

The outlook stated the Commissioner for Economic Affairs at the AUC, Mr Victor Harrison endorsed the report, urging African countries to adopt the recommendations for inclusive growth. “These studies present the behaviour of African economies in the face of difficult external conditions and announce the revival of growth with an estimated rate of 4.1 percent in 2018. We all know that growth is not yet inclusive in Africa and unemployment affects more women and young people,” he said. Harrison urged member states to improve the business climate and stimulate the private sector to participate in the development.

According to the outlook’s findings, Africa’s infrastructure is still behind those of other regions in quantity, affordability, and quality due to lack of investment. “At the same level of GDP per capita, South Asia, East Asia and Latin America have higher access to electricity and water than most African countries. It observed that Africa needs higher growth and investment rates, but debt levels must be monitored closely. Public debt ratios are rated to be on the rise, stocked by appetite for infrastructure spending,’’ he said.

The Outlook indicated that 40 countries in the region recorded increases in external debt from 2013 to 2016, adding that nine countries experienced a decline. The report stated that though there were growing concerns about the debt levels in Africa, indicating that if used productively, debt may be necessary to unlock long-term growth potential. “Tackling poverty will need efforts to increase employment elasticity of growth. The employment elasticity of growth of 0.41 in Africa is below the desirable 0.7 for all developing countries. Pressing policy concern is therefore to ensure that growth is reflected in creation of high and quality jobs,” the Outlook stated.

The report notes that Africa could be the next investment frontier and recommends three options for the international financial community to resolve the savings glut.

It said the adaptation of a policy of more negative real interest rates in high-income countries; the use of excess savings to finance public investment in rich countries; and the facilitation of the flow of capital to developing countries.

The report estimates show that investment needs for infrastructure would be in the range of US 130 to 170 billion dollars a year. It also called for infrastructure in special economic zones and industrial parks and the mobilisation of domestic resources through well-targeted subsidies and rigorous collection of fees using technology.

Published by National Accord, by By Asst. Editor– View Article Here